Beyond Bitcoin: The Future of Blockchain Technology

Bitcoins were introduced in 2009 to great fanfare. Although there had been predecessors, Bitcoins were framed as the first form of cyber currency.

Shortly after Bitcoins were introduced, I labeled them a Soft Trend—one whose future was looking good, but not a future certainty. I also labeled cyber currency a Hard Trend that would continue to grow, predicting that there would be many more cyber currencies.

Since then, I’ve seen no need to change either designation, as there are now more than 100 different cyber currencies. At the same time, as Bitcoins struggled to gain widespread use, blockchain—the technology Bitcoin transactions are handled with—were growing.

Unlike bitcoins, blockchain development has shown no signs of slowing down and represents a Hard Trend that will continue to grow. The rapidly evolving technology of blockchain holds enormous promise for game-changing disruption across any number of industries and fields.

O’Reilly Media presciently noted in early 2015: “The blockchain is the new database—get ready to rewrite everything.”

A blockchain is a system of decentralized transaction records. This means a transaction is created without any input from a controlling entity. A blockchain also employs cryptography to keep exchanges secure, incorporating a decentralized database, or “digital ledger,” of transactions that everyone on the network can see. This network is a chain of computers, needing exchange approval before it can be verified and recorded.

The Game-Changing Opportunity in Financial Transactions

Roughly $20 billion in gross domestic product is currently held in blockchain form, according to a study by the World Economic Forum’s Global Agenda Council. However, projections show blockchain use will increase significantly in the next decade as banks, insurers and technology firms embrace the technology to boost transaction speed and security, and trim expenses. This is already taking place, for example, with Swiss banking giant UBS and banks such as HSBC, Santander, and BBVA, which launched corporate venture funds to make equity investments in financial technology companies.

The future of blockchain is exciting. Outside of its use solely in financial transaction applications, it can transform several other industries. Other examples include:

Blockchain use is largely restricted to private forms of transactions, but when looked at in an anticipatory way of thinking, blockchain could be used for anything that requires proof of identification, the exchange of goods or verification of contract terms.

One executive involved in the development of blockchain summarized its potential in a framework we can all appreciate: “‘Check it on the blockchain’ will be the phrase of the twenty-first century. It will be as commonplace as people saying ‘Google that.’”

When it comes to blockchain, get ready to rewrite everything. 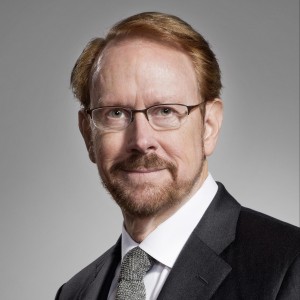 The Risks of Sticking with Legacy Technology

Embracing the Power of Blockchain Technology