“A crisis is easily averted when you negotiate in a way that prevents it.” -Greg Williams, The Master Negotiator & Body Language Expert (Click to Tweet)

The opening scenes in his mind were calm and serene. The next thing he knew, silent alarms were summoning his attention. Instantly, he experienced fear. He instinctively knew that would be a factor in what was to come. And he wasn’t sure if that stemmed from his perception of a crisis in the making or the intervention that would be required to squelch it. Regardless, he knew trust would play a factor in the outcome – a negotiated outcome that he’d engage in whose result he could not gauge.

When you’re involved in any activity, you’re negotiating. That’s especially important to remember when you’re confronting crises or events that might be leading towards one. You should adhere to the following factors to enhance your chances of addressing challenging situations successfully.

Crises usually occur when there’s an unequal balance of power. Thus, struggles arise between forces to bring power back to the point of equilibrium. Then, harmony resides. But it only does so for the time it takes one side to become dissatisfied with the power-sharing arrangement. And that leads to another round of fractions between those that share the balance of power. Therefore, always be mindful of where your involvement finds you in the struggle for power. Therein will lie your opportunity to avert or incite a crisis. The action you take depends on what side of the equation you’re on – seeking more power or not willing to relinquish it.

Question: To what degree does trust become a factor in the influencing process during a crisis intervention? Answer: An entity seeking to create an agreeable and bonding resolution must first establish that foundation on trust – stated more succinctly, it’s everything. And, if trust teeters on uncertainty or there’s mistrust, the pillar to maintain a good relationship between opposing parties will stay in jeopardy. And that will hamper the cohesiveness of long-term agreements. Suffice it to say, trust when possible, but be keenly aware when you’ve extended it past its expiration. Sometimes, influencing a situation means pushing back on those that are not trustworthy.

Fear can be a powerful tool in a pre-crisis environment and during crisis intervention. It can be used as leverage to manipulate an opponent’s action to move in a more positive direction. It can also be used to entice your members to stay aligned with your cause (e.g., if they win, all of you will be worse off). You should also be cautious as to how you wield the tool of fear. Do that by having a calculated expectation of the outcome it might produce on your target. If the target responds in unexpected manners, and you didn’t consider them, you run the risk of losing control of the situation. And that could leave you impotent to address other aspects of the engagement. Therefore, when considering the implication and implementation that fear’s usage will have on a situation, the word to exercise is caution.

When considering the role influence will have when you’re negotiating in a crisis or intervention, think of the situation in stages. Break the interactions you’ll have with the opposing party into segments. Assess how you’ll act and react in a particular phase. And assess how the opposite side might respond to your positioning – determine what mannerisms they might adopt and how you might react to that, too. Your goal is to break the pieces of the engagement into manageable segments. That effort is geared to give you the most significant opportunity to move the talks in the direction that’s most favorable for the parties involved.

As most astute people are aware, trust and fear play a vital role in the bonding process. Thus, both of those factors are potent forces. To add to your powers, ponder how you’ll bond with other parties by considering the following questions.

Those questions, along with others you think of, are crucial queries to ask yourself. The answers will allow you to develop a cohesive strategy that can be used to further your activities, engagements, and goals.

Depending on the severity of the crisis you’re dealing with and the stage that it’s in, you might want to adopt the following negotiation strategies to improve your plight.

This is a tactic that allows you to promote your message and position while diluting the other party’s efforts to enhance his own. It’s accomplished by acknowledging the other party’s perspective but not allowing it to be fully heard or seen. Thus, if someone were to say, “we’ve been making these demands for the …”. You might cut them off after they said, ‘the,’ and say, “We understand time has passed. There have been mitigating circumstances that have prevented us from adopting a policy/plan, etc.”

By engaging in this manner, you will have stopped his efforts to project his position in the public domain. Instead, you would have promoted your point as the dominant thought that others should lend their attention. Block and bridge is an excellent way to steal the spotlight and allow it to shine brighter upon your plans for improvement.

A pincer move, in a negotiation, is used to convey the message that you have the opposition surrounded by those possessing differing opinions than his. The implication being, succumb to the superior force – me/us that confronts you.

Marshall as many opinions and allies as you can that are aligned with your message, to refute those of the other side to implement the strategy. And be sure that none in your camp are shills posing as your supporters when, in reality, they’re inside your encampment as spies for the other side. You want the opposing party to feel isolated and devoid of hope in the quest for their plans. That will serve several purposes. One, it will sow doubt about how much longer they should continue down their current path. Two, it will create fractures within their ranks. And three, it will dilute their strength, which will make them a less potent foe.

Many years ago, Muhammad Ali fought George Foreman. Foreman was known for his power, not his stamina. Ali realized that he could not go toe-to-toe with Foreman less he heightened the chance of being knocked out. So, Ali adopted the rope-a-dope, a strategy meant to allow Foreman to wear himself out by pounding away at Ali. Ali’s ploy was to draw Foreman into thinking Ali was ‘out of gas.’ And the deception worked for Ali, who went on to win the fight. Later, someone stated that underestimating Ali was the mistake of a lifetime.

In any negotiation, sometimes, your efforts can be enhanced if the opposition is unsure of your strategy – it’s even better if they think you have no plan. Thus, when dealing with a crisis, release information strategically about your position. To the degree you can, don’t place it in mediums that you can’t control. And when other sources attempt to reposition you, be quick to thwart their efforts. Adopt the persona that’s best per how you wish others to perceive you, your team, your efforts. And, like Ali, you can pretend acceptance of one position while holding in reserve the one you wish to implement.

There are many factors that you should consider before, during, and after a crisis. The way you handle each phase will determine what occurs next. Thus, you must be aware of where your rhetoric and actions will take you per the procedures and posture you adopt in one stage and the impact it’ll have upon the next. By implementing the insights mentioned, you increase your odds of addressing crises better. That will place you in a more harmonious and prosperous environment. And everything will be right with the world.

Listen to Greg’s podcast at https://anchor.fm/themasternegotiator

After reading this article, what are you thinking? I’d like to know. Reach me at Greg@TheMasterNegotiator.com 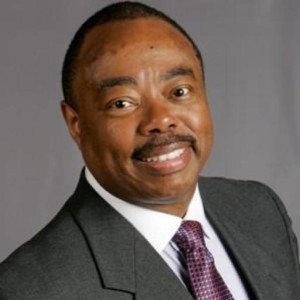 How to Use Conflations to Negotiate More Effectively

How to Read Body Language to Negotiate Effectively

“How To Combat The Problem Of Blind Loyalty” – Negotiation Insight

“What Is Your Comfort Level And Why It Matters” – Negotiation Insight