You Never See it Coming

I woke up in a reflective mood this morning as I’m preparing for BOTH Easter and Passover this year and thinking about the challenges faced by our ancestors.  For some reason I was reminded of a woman I met on a long plane ride several years after 9/11,  Anna was a portly woman, probably in her early sixties, possibly older.  We were coming back from Los Angeles, so it was going to be a long flight and I welcomed the diversion of some light conversation.  Also, being a writer, I’m always looking for opportunities to hear a good story.

After the usual introductions, I asked about her work. She replied that it had changed significantly over the past several years. Previously, she was a project manager with an office in the World Trade Center.  Now she was in a different building closer to where she lived on the Upper West Side of Manhattan.  I couldn’t help but ask where she had been when the planes hit.

She said she was at her computer when the announcement came to drop everything and move to the stairwell.  No one told her why she had to leave her office. Confused, she joined the rush of people making their way down the forty flights of stairs.  Rumors spread.  She began to realize something terrible had happened, but exactly what wasn’t clear. Her mind started to race, even if her feet could not.  She decided that she had to get to safety.

Suddenly, the exodus came to a halt.  Although the group had arrived at the lobby level, the guards in charge were instructing people to stay in the stairwell.  This did not make sense.  She squeezed her way through the crush of bodies and out the stairwell door.  People yelled for her to get back into the shaft.  Instead, she sprinted across the lobby while the guards shouted after her.

Most of the exits to the outside were locked, but one of the doors remained open.  Without hesitation, this overweight, out-of-shape, sedentary woman began running — all the way from the World Trade Center in Lower Manhattan to her apartment on the Upper West Side of the city.  She never looked back, never stopped running until she was home on 79th Street and Broadway – more than 6 ½ miles from where she’d started.  When I asked what was going through her mind, she said she couldn’t believe she had left her favorite red heels under her desk.  Not her laptop, not her phone, not any files, but her sexy, red-spiked heels.

I was impressed.  This matronly woman — without any information and acting on only gut instinct — saved her own life.  The others in her group who obediently stayed put were crushed when the Towers came down.

The Takeaway?   Just when everything appears to be going well, a plane will suddenly appear in the sky and slam head-on into either your life or career or something else you value. You won’t see it coming but be assured; it happens to us all.  Marriages end. Careers derail.  Fortunes are lost. The people you counted on suddenly disappear.

When the calamity arrives, what will be your response? Will you sit there stunned, unable to move, and scream at the moon that it’s all unfair?  Or will you refuse to be crushed and instead take action to regain your life, as Anna did?

A few years ago, when I was staying at the Westin in Philadelphia, the fire alarms went off in every room and all the hallways with instructions to head to the stairwells.  My heart raced as I remembered Anna.  Hotel guests were standing in the stairwells waiting.  I couldn’t.  I pushed my way through the throngs and sprinted down the stairs and out onto the street and safety.

I found out later it was a bomb scare.  The bomb squad found it and dismantled it.  Fortunately, no one was hurt.  But I assessed the risk as well as I could and acted on my own behalf, the way Anna did.

When life challenges confront me I remember Anna and take action rather than allowing circumstances to control my fate.  And I always make sure to have my red stilettos somewhere safe. 😉 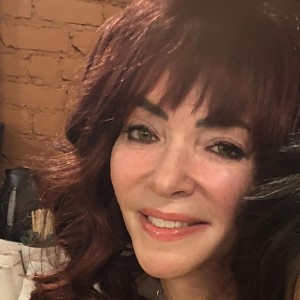 Dr. Sharon Livingston is a Bestselling Author, Master Coach and Coach Trainer, Prominent Marketing Researcher and prior president of QRCA – Qualitative Research Consultants Association.. Her TLC Fast Track Seminars have helped hundreds attain their professional coaching certification. She is the founder of Future Proof -- a proven, 7-Step Program to help people transform their careers, businesses and personal lives. She’s interviewed 62,892 people for Fortune 500 clients leading to highly successful campaigns for diverse products – from Teddy Grahams to Nextel to Totino’s Pizza Rolls to Zelnorm Rx for Chronic Constipation to Gleevec for CML. Articles either about or by Dr. Livingston have appeared in numerous publications including The New York Times, The Washington Post, Business Week and Adweek. She was a finalist for the 2008 Enterprising Woman of the Year award. and was voted Outstanding Woman of the year, by the New England Family Business Association in June of 2015
Read all Posts

Are You Thinking About Becoming a Mentor or a Coach?

How to Listen to Engage in a Win-Win Business Relationship

The Boss and The Seven Dwarves

Why Every Business Needs a Personal Brand