Are You Listening to Your Child’s Side of the Story?

There Are Two Sides To Every Story…

Stop me if this scenario sounds familiar:

You’re minding your own business when suddenly the phone rings.

The person on the other end of the line—perhaps a teacher or a camp counselor—has called to inform you that your child is acting out.

Your face flushes with shame and humiliation and embarrassment. You assume their account must be accurate.

When our children display inappropriate behavior in public (getting into a fight at soccer practice or throwing a toy at a daycare teacher), our first impulse is often to apologize on their behalf, then shamefully slink away to reprimand or punish them at home.

How often do you stop and ask for your child’s side of the story?

Anger and Shame Prevent Parents from Listening to Their Kids

I remember a time when I was on my way to my daughter Pia’s Girl Scout camp.

There had been a fight with another girl in which Pia allegedly shoved her. To punish Pia, the camp counselor put her in “detention” in one of the cottages.

I drove to the campground upset and concerned.

I know my daughter, and she doesn’t just push people out of nowhere.

What was Pia’s unheard side of the story? How was she managing her feelings about being isolated, made to think she was the “bad one”?

I wondered what could have been the catalyst in order for this response to be evoked.

As soon as I saw Pia, upset and sitting alone, I knew my gut feeling had been spot on.

Even though she just wanted to get out of there, I knew that if we did, she would leave with her tail between her legs.

Her side of the story would never be acknowledged or understood,  At such a young age, she would already begin to develop a bad reputation.

This is when I used what we call the protective use of force.

I said, “I won’t let you develop a negative reputation, and I know your side of the situation and your perspective has not been heard or understood. I will take you home, but we can’t leave until your side is understood too.”

“Mom, she was bullying me and calling me names in front of all the other girls. I was so embarrassed and humiliated, and I asked her over and over again to stop calling me names. But she wouldn’t stop bullying me!” Pia explained between her big sobs.

“I didn’t know what else to do and so I swung my arm out and said stop it! Then I was the one who got in trouble!!” My daughter sobbed and sobbed. She was so confused about what she should have done when someone was bullying her.

You can imagine what happened next.

I talked to the camp counselor (who didn’t think of asking my daughter her side of the story!) and facilitated reconciliation between the two girls.

Needless to say, Pia didn’t need to be put into detention.

I learned a valuable life lesson that day: there are two sides to every story.

If I had barged into the scene angry and humiliated, Pia would have felt attacked and more misunderstood and she wouldn’t have trusted me enough to tell me what really happened.

That’s not to say that every time your child does something “wrong” it will be a misunderstanding or an honest mistake.

But there will be an unmet need causing their behavior.

If you can get their side of the story, you’ll find ways to resolve the situation and move forward.

As parents, it’s our duty to put aside our own feelings of shame about what other people might think and always, always listen to our children. Is Rewarding Your Child Actually Bad for Them? How to Become an Awesome Parenting Partner 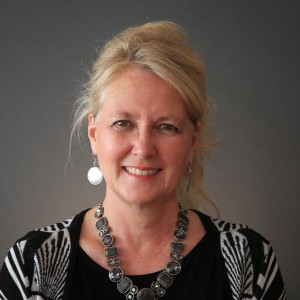