How an Accidental Entrepreneur Turned Water Into a Successful Business 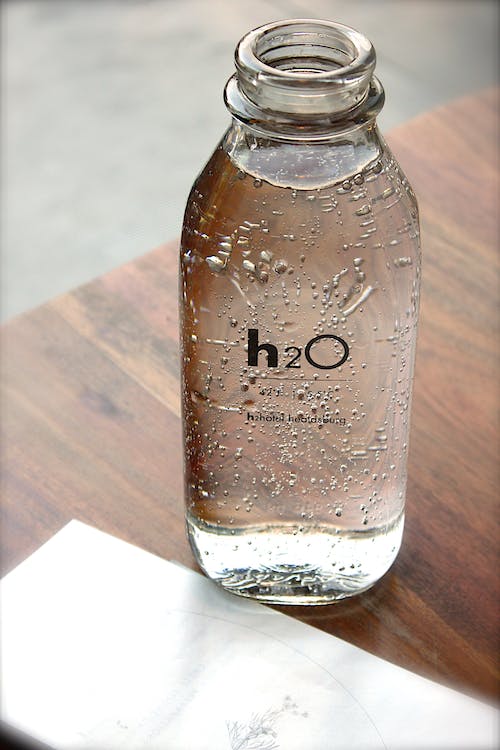 There’s something in the water, and it’s a hint of success!”

Recently, I had the pleasure of hosting Kara Goldin, the CEO of Hint on All Business with Jeffrey Hayzlett on C-Suite Radio. Kara recently released her first book, Undaunted: Overcoming Doubts + Doubters, telling the story behind the brand.

If you’ve never heard of Hint, it is a line of still water with just a “hint” of fruit flavor, without sugar or other sweeteners. You can find it just about everywhere your favorite sodas are sold.

Hint’s inspiration came from Kara’s affection for a particular diet soda she developed while working in the tech industry in the 1990s. Kara didn’t reveal how many she drank on a daily basis but did confess she was what the beverage industry calls a “heavy user.”

“Diet Coke was my thing, and I never thought there was anything wrong with drinking it until I stopped drinking it to try and change some health issues that I had,” Kara said.

“I’d gained a bunch of weight, had developed terrible adult acne that I didn’t even have as a kid, and my energy levels were down. I was looking at everything that I was eating, thinking that maybe that was the issue. I was continuing to work out. That wasn’t the issue. But one day, my diet soda was staring at me in the face, and I saw these ingredients that I thought were interesting. I didn’t know what they meant. So, I thought maybe I should put it to the side just like I’m doing with the food that I don’t really understand what I’m eating, and that’s when two and a half weeks later, I dropped 24 pounds. My energy levels were back. My skin got better.”

She had replaced her diet soda for water, but Kara thought water was boring. To jazz it up, she started slicing up fruit and putting it in water for herself. During that time, she searched the grocery store shelves for a soda alternative and all she could find was Vitamin Water, which at the time was loaded with more calories than a Diet Coke.

“That was when I really realized that there’s all these words that get us to actually think that things are healthier than they are, and that was the trap that I fell into,” Kara said. “I wasn’t a nutritionist, (I) wasn’t a beverage executive, but I was curious about why this was going on and how I had been fooled. And that’s when I said, ‘Gosh, how hard is it to get a beverage on the shelf at Whole Foods?’”

Kara found out it was a lot harder than she expected. She needed a product with a shelf life along with a distributor.

“What I didn’t realize, and part of what I talked about in the book is, it’s one thing to actually launch a company. You’ve got a new product, and you go launch a company that’s like climbing a mountain, but we launched a new category, which is climbing Everest,” Kara recalled.

Since Hint was one of the first in the unsweetened, flavored water category, Kara went work.

She relied on those closest to her as her family had experience inventing new categories in the food industry. Kara’s father was one of the minds behind Healthy Choice back in the 1980s. It was one of the first brands to introduce healthier ingredients to the frozen food section.

The first thing she found was there was no room at the stores for her new product. We all know about the big players in the soda industry, and they pay a premium for shelf space.

“In fact, so many investors were afraid of the big companies,” Kara said. “Investors were like, ‘let’s just say hypothetically that you really take off. What then? Ultimately the soda companies are going to crush you.’”

She continued, “I had tons of doubts. I had doubters. I had fears. I had plenty of failures.”

Hint also had to educate customers about their product, which was an easier sell than Kara thought.

“I had customers writing to me from day one, or calling into customer service saying ‘you’re really helping me drink water, you’re helping me control my Type-2 diabetes, all these things.’”

Hint found its way to the shelves of 10 stores in the San Francisco Bay Area, and sales were pretty good. Despite this early success, Kara still had some details to iron out. She had trouble figuring out shelf life and finding a distributor. That’s when a friend introduced her to an executive at Coca-Cola.

“He was nice enough to get on the phone with me,” Kara said. “I’m explaining for 15 minutes how great we’re doing. Then suddenly he interrupts me and said, “Sweetie, Americans love sweet this product isn’t going anywhere.’ And I was like, ‘Whoa! What just happened?’”

“I got off the phone, and I thought, I have a decision to make,” Kara remembered. “Either give up, which is what he wants me to do, or I put the gas on and find (more) customers. So, that’s what I did.”

Fifteen years later, Hint is still going strong and growing. Hint has ventured out into carbonated water, sunscreen, deodorant, even face masks. Like every other business, and industry in recent months, they’ve pivoted successfully and engaged different audience sectors.

Kara and I also talked about the need to innovate, how Hint has become a real family business and more stories about the early days of the company.

Not bad for someone who calls herself an “accidental entrepreneur.” She figured it all out. If you want to know how she did that, you can hear our full conversation here.