Stop Telling People What to Do, Ingage their Hearts Instead

I am a CEO, and I have worked with many other top executives during my career. So I speak from experience when I say that this could be the biggest day-to-day frustration many leaders face . . .

This issue comes up time and time again. It makes being a leader much harder than it should be.

You talk, you communicate, you spell things out, but somehow only a small percentage of your initiatives come to completion. So you bear down, discipline people, or offer incentives, and those solutions don’t work either.

And do you know what could be an even bigger problem? People do what you tell them to do but there was in fact a better or simpler way that you didn’t know – perhaps one that your people could have told you if you were willing to listen.

I have found a solution to this problem, which I call Ingaged Leadership, let me summarize a few of its key points here so you can test it and get it working for you.

What Is Ingaged Leadership?

Ingagement is founded on the belief that when you align people and create an organization where everyone works together in partnership, that organization becomes vastly more successful. It isn’t a single action you take just once. It is an ongoing, dynamic business practice that has the power to transform your organization, your people, you and ultimately, your success.

What Do Ingaged Leaders Do Differently?

Ingaged leaders believe that it is not enough to tell people to do. They understand that if they want to unlock the full potential of any organization and its people, it is necessary to involve people’s minds, creativity and emotions. I called it Ingagement with an “I” because it gets people Involved, Invested and Inspired.

Getting Started as an Ingaged Leader

That all might sound theoretical. But it isn’t. Here are some ways you can start Ingaged Leadership today. I invite you to try them and see for yourself how quickly they can improve your effectiveness as a leader.

A Case Study of Ingaged Leadership

In case you think that all this is theoretical, it is not, as this story proves. Last year I had a call from one of my clients, a franchise brand. I cannot give the company’s name in this article, but you know them. They have branded walk-in locations in hundreds of cities and towns across America – probably near where you live.

The caller explained that the company had a very specific problem they wanted me to solve, which my contact summarized as, “Our annual conference is coming up in a few months, attendance has been in the low 20% for the last few years, and we would like you to get more of our store owners to attend. We will be rolling out a new store design and showing it to our people and that’s why we want to get most of our store-owners there.”

Our team called a number of franchisees to ask, “How do you feel about going to your annual conference?” Most of them responded by saying something like, “Oh, the conferences are fun and I get to socialize, but I never learn anything that the company isn’t going to tell me later on anyway. So why go?”  Further we found the franchisees didn’t feel like they were involved at the meeting, they felt like they were being talk at and being sold things. Those comments made it clear that the rollout of the new design was going to be a disaster.

I called my contact back in headquarters and suggested that instead of “selling” a completed new design, the company should structure the convention as an opportunity to let franchise owners come out to see the three different concepts, critique them, and give feedback.

All of a sudden, there was real value for people to go. They weren’t going to be talked at, they were going to be listened to. In other words, they were being Ingaged. The event sold out, to the point where no hotel rooms were available in the original hotel or two hotels nearby. In the end, there was more than 85% attendance. The meeting was a huge success.  Currently the new design is in testing in the field, but assuming customer reaction is strong and positive, there’s an anxious group of franchisees who are ready and willing to convert their locations. Involvement and listening where the keys to this success story.  A traditional hierarchical approach would have met with failure.

Putting the Power of Ingagement to Work

I could report more times when Ingagement has achieved great things. But in the end, all the stories I could tell you are not as important as the new chapters you can write in your own leadership journey. I invite you to add Ingagement to your leader’s toolbox as you watch your story unfold. Four Ways to Learn Much More from Customers

Four Ways to Learn Much More from Customers

How to Know if a Company Has a Positive Culture . . . or a Negative One

How to Know if a Company Has a Positive Culture . . . or a Negative One 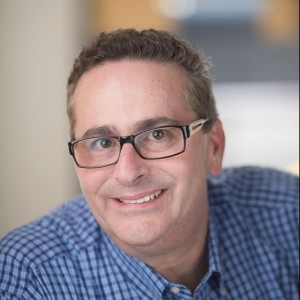