The Rise and Fall of Book Publishing – The Untold Story of Amazon.com

The state of book publishing is complicated

The Rise of Book Publishing

The book industry hit a major milestone they never bothered mentioning to anyone.

In a report published by Bowker.com in late 2018:

Then why isn’t anyone celebrating?

It’s never been easier and more affordable to publish a book to share our knowledge with the world.

Mass printers can get book costs down to $1-$3 per book.

On-demand printers that most independent authors use can get costs around $6-$7 per book before adding the author markup.

This Is a Good Thing Right?

We have more legit subject experts than any time in human history.

This is the single greatest achievement in book publishing since Gutenberg invented the printing press in 1454, over 500 years ago!

A majority of books don’t actually make any money.

With the introduction of e-commerce, authors can no longer rely on traditional retail, especially with the demise of brick-and-mortar bookstores.

Publishers Weekly is an American trade magazine which has been providing industry insights to publishers, librarians, booksellers and literary agents since 1872.

Book Sales By The Numbers:

Recent reports indicate that the average independent or self-published author will sell less than 250 books.

And someone you’ve heard of took notice a few years back.

The Birth of Amazon

Very few people would have guessed the quiet introvert who worked at the local McDonalds in high school would one day become the world’s most successful and wealthiest man to walk the planet.

A guy who’s  personal net worth surpasses the GDP of over 125 countries.

The $126 billion dollar man by the name of Jeff Bezos started Amazon in 1996 with the wild idea to sell books online.

Bezos started Amazon with the brand promise as “the world’s largest bookstore.”

In the Beginning it Was Just An Idea

Amazon started in 1994, when at the age of 30, Jeff quit a high paying job at a quantitative hedge fund company on Wall Street to pursue a life-long love of computers.

No one knew he would become one of the early pioneers of the internet.

At that time, Bezos and a handful of others were watching internet usage skyrocket at a rate of 2300%. He had to get involved.

Bezos relocated to Seattle with nothing other than an interest to start an online business.

In June of that same year, Jeff came up with arguably the lamest name for a business in the history of the human race, “Cadabra Inc.”

He then pivoted to “relentless” for about a day, until friends convinced him otherwise.

He ultimately landed on the name “Amazon” reportedly for two reasons:

The Vision Grew and So Did Bezos’s Ambition

The vision for the company was to be the “largest bookstore in the world.”

Building an online bookstore wasn’t exactly a grand master chess decision. However, it made sense at the time because there were three million active book titles in circulation.

These numbers have only increased since.

Major bookstores could only hold a max of 150,000 titles in retail locations.

While that’s an impressively large volume to logistically support at retail level, there was still no way for most bookstores to profitably sell more books that were growing ever more niche in nature.

Thus, traditional bookstores couldn’t keep up with the large and growing circulation.

In addition, books were a relatively low price-point, the perfect combination for an e-commerce play. Therefore, the founding idea was a universal selection of books.

A literal “online library.” But the idea needed funding.

With the concept in place, Bezos raised seed capital to turn his idea into a working model.

Like everyone raising money does at first, he turned to friends and family to borrow money. The initial $250,000 investment from his parents to start Amazon.

When explaining the concept of his internet store to his father his dad asked Jeff, “What actually is the “internet?”

…Clearly, they were not betting on an ROI from the internet. They were betting on their son, Jeff, a powerful vote of confidence, in their willingness to invest in his judgment and ability to make something out of nothing.

Jeff raised another $1M from 20 additional initial investors who each contributed $50K for shared equity of 20% in the business.

Bezos Launched Amazon From His Garage

Well technically the garage part is in mostly a myth. But close enough, he launched from his new home in Bellevue, Washington. 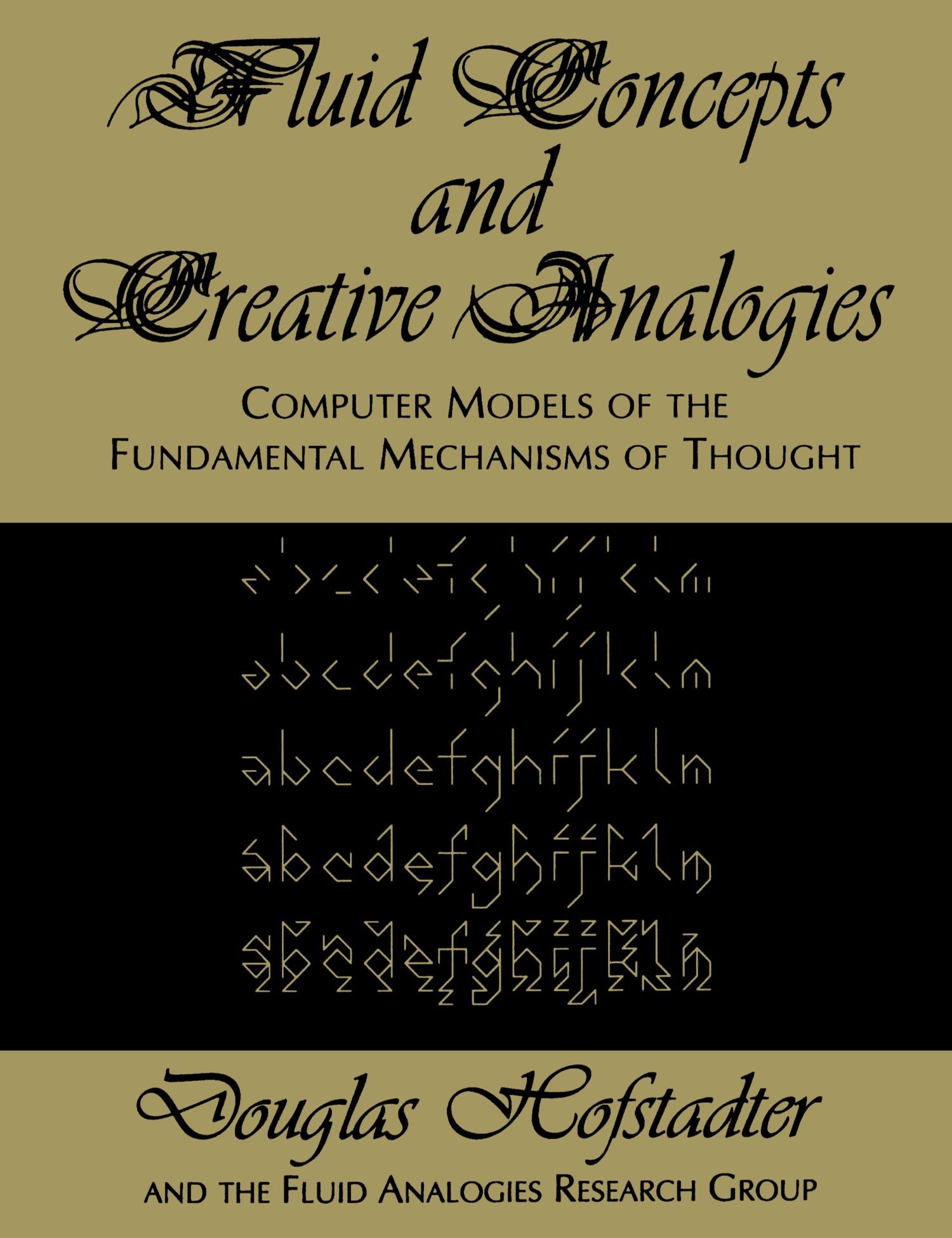 In 1996, Amazon sold their first book and quite possibly the most boring name and niche book of all time.

It was E. Douglas Hofstadter’s, Fluid Concepts and Creative Analogies, Computer Models of the Fundamental Mechanisms of Thought,

…How’s that for a title?

Two months later, Jeff was selling books to all 50 states in the US and 45 countries worldwide with weekly sales up to $20,000.

Amazon Expanded Out of Book Sales

By October, that same year, he announced his decision to take the company public. Amazon swelled to 11 employees, and the company started expanding outside of book sales into music and videos.

Wondering what to sell next, the small team emailed 1,000 randomly selected customers for what they would like to see Amazon sell outside of books.

The results were interesting and surprised everyone working for the e-commerce startup.

What the customers wanted was the most randomness of anything happened to need or desire in that very moment including obscure things like windshield wiper blades.

That was the feedback the team needed. This was no longer a book play. This consumer feedback changed the world as we know it.

At that point, Bezos realized the true potential for Amazon.

From Selling Books to Selling…Anything They Wanted

They were going to fulfill and deliver every purchase of any product their customers wanted right to their front door, including front doors from door manufacturers.

The doors literally flooded opened with orders of the most common and most obtuse products. Amazon was in a dead sprint to connect their customers with EVERYTHING their shopping cart hearts desired.

The following year, in May of 1997, the company issued their first stock option valued at $18 per share. Today, the stock price is over $2,000 per share.

They were well on their way to becoming a major player.

However, business is business, and the excitement was met with resistance from the industry when Barnes & Noble sued the new company over their slogan claiming to be the “largest bookstore on the planet” when they didn’t in fact have a physical store.

Their case was that Amazon was not a bookstore rather they were a “book broker.”

While they were technically correct, Amazon is a broker, and Amazon eventually settled the claim out of court.

What the retailer, and others to this day, would soon come to learn, is that to us, the consumers, brick and mortar bookstores were also “just brokers.”

At it turns out, people prefer to order products from the comfort of their own homes rather than venture out to do all the tedious brokering themselves for products in massive retail locations.

To think we should somehow value going into a retail store over having whatever we want delivered to our front door for FREE SHIPPING, is absolutely ridiculous.

Convenient e-commerce shopping and delivery has been the driving force behind why more than 9,300 retail stores closed their doors in 2019 and more since, as the retail apocalypse peaked.

In 1996, Amazon became a major threat to bookstores with $16 Million in sales.

Barnes and Noble took in $2 Billion that same year.

Today, Amazon controls half of the entire print book marketplace, while B&N has only one-fifth remaining. Amazon’s sales jumped to 84% for e-book sales, while B&N held at 2%. Amazon’s e-commerce revenue is around $1 Trillion in market cap while B&N has dropped to $475 Million, a .05% of Amazon’s revenue.

Today, people claim Amazon is the biggest threat to retailers

But in my humble opinion, retail disruption wasn’t Amazon’s fault. Amazon was simply the first company to offer the first online retail experience; and consumers have accepted the alternate shopping experience and prefer the convenience of it!

Amazon capitalized on the way people prefer to shop today.

The customer is not always right, but they have options for how they prefer to consume products now.

By 2010, Kindle sales exceeded print sales for the first time in the history of the company.

The consumer did when we made a choice to add a premium on preferred digital consumption.

At the start, Amazon employed a handful of workers.

Growth accelerated at lightspeed with 30,000 employees in 2010, exceeding 750,000 employees today; not too shabby considering when he started, Bezos hoped that at one point, Amazon would be large enough to purchase a forklift for the warehouse.

Since 2014, Cyber Monday has been the “online Black Friday” post-Thanksgiving holiday online shopping day. History was made, again. Analytics showed Amazon sold over 300 products per second on the first Cyber Monday.

“Give the customer what they want. The way they want it.”

This is the advice marketers should wisely and carefully consider.

People don’t buy most books because most people don’t want to consume them in the manner they are offered.

In today’s media world, when the consumer can consume limitless amounts of content on their own terms and devices, they have many other avenues for consuming the information they want.